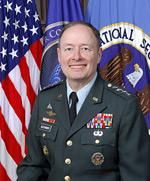 The NSA Director Gen. Keith Alexander testified at a Senate Judiciary Committee hearing on Capitol Hill, October 2, 2013 in Washington, D.C. The committee is hearing testimony on oversight of the foreign intelligence surveillance act. Read the New York Times recap of his testimony.
A comprehensive paper on NSA's Missions, Authorities, Oversight and Partnerships, published on August 9, 2013, is available on the NSA Web site --- MUST READ!!