Over the years, NiSUS Technologies has been an invaluable sponsor in helping the Foundation to provide fun, educational, and interactive code & cipher kiosks for the Museum. You can read more about the early kiosks and see photos of below.

Our most recent cybersecurity game initiative is supported by a grant from the Arundel Community Development Services, Inc. The NCF teamed with Anne Arundel Community College to sponsor a three-student intern team to develop, design, construct, and deliver an operational cybersecurity themed game for the NCF website and for the National Cryptologic Museum. The process teaches the interns project management and to leverage their cybersecurity, networking, digital forensics, and computer science knowledge. The target audience is K-12 with a focus on middle school. 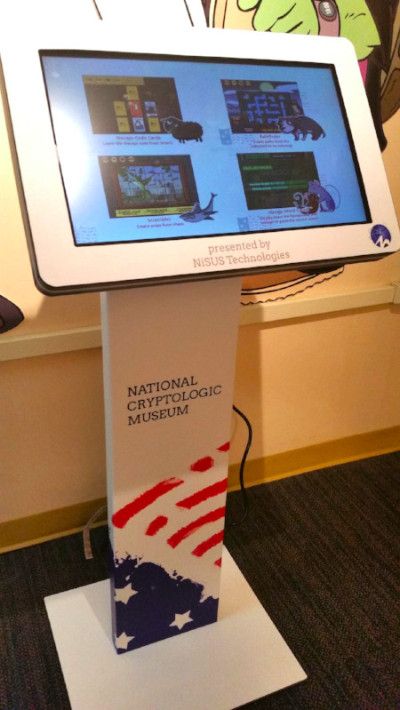 The games on the new kiosk are exceptional and have been enjoyed by visitors of all ages. The age ranges for the Navajo games vary. For the Scramble!: ages 5+; for Pathfinder: ages 6+; for the Navajo Code Cards and Navajo Word Circuit: ages 9+. 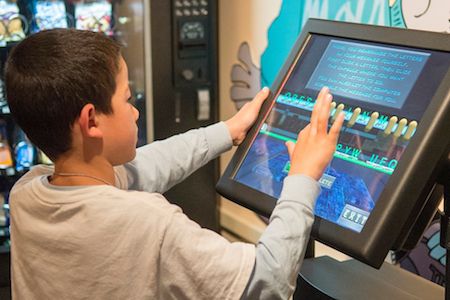 When the National Cyptologic Museum (NCM) requested assistance from the National Cryptologic Foundation (then NCMF) in developing a kiosk and cryptologic oriented software games for young adults, the NCF took on the challenge. After some investigation, the NCF met with NiSUS Technologies, a Fort Meade small business engaged with support to the Intelligence Community. NiSUS President Joe Sperber knew just the group to help develop games of a cryptologic nature based on some guidance from Museum staffer Jennifer Wilcox.

NiSUS provided contact with an associated company, Benxing Entertainment, which specialized in web-based games for young adults. Benxing President Tom Phillips accepted the challenge at no-cost and provided two new generation games designed for the kiosks at the NCM. The entire effort was a collaboration in that the NCM provided the objective of the cryptologic nature of the games, Benxing provided the software games, NiSUS provided the integration of the software and hardware at no cost, and the NCF provided the kiosks.