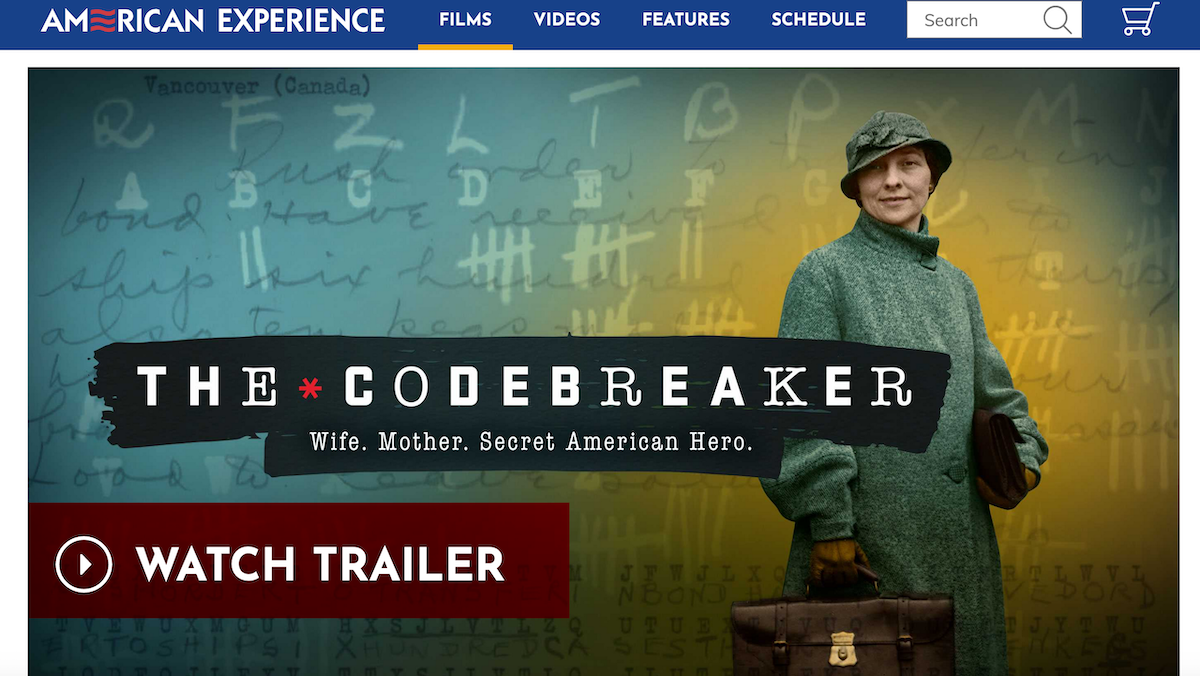 "The Codebreaker," a documentary film about Elizebeth Smith Friedman, premieres on PBS on January 11, 2021!

Visit the PBS site today to see the extended trailer, as well as special clips about Elizebeth Smith Friedman and her husband, William Friedman.

Based on the book The Woman Who Smashed Codes: A True Story of Love, Spies, and the Unlikely Heroine Who Outwitted America's Enemies, The Codebreaker reveals the fascinating story of Elizebeth Smith Friedman, the groundbreaking cryptanalyst whose painstaking work to decode thousands of messages for the U.S. government would send infamous gangsters to prison in the 1920s and bring down a massive, near-invisible Nazi spy ring in WWII. Her remarkable contributions would come to light decades after her death, when secret government files were unsealed. But together with her husband, the legendary cryptologist William Friedman, Elizebeth helped develop the methods that led to the creation of the powerful new science of cryptology and laid the foundation for modern codebreaking today.