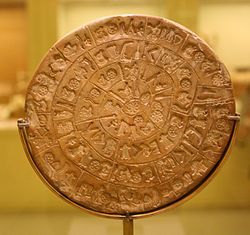 Included here are some classic items related to cryptology - especially some favorite ciphers, codes, and more.

Elonka Dunin's Codes & Ciphers website  provides an unofficial list of well-known unsolved codes and ciphers, such as the Beale Ciphers, Phaistos Disc (pictured above), and more. A couple of the better-known unsolved ancient historical scripts are also thrown in, since they tend to come up during any discussion of unsolved codes. There has also been an attempt to sort this list by "fame," as defined by a loose formula involving the number of times that a particular cipher has been written about, and/or how many hits it pulls up on a moderately-sorted Web search. 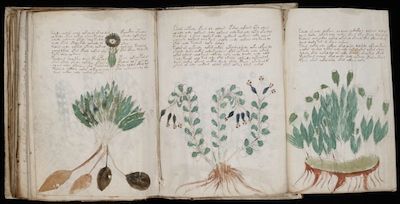 Every year there are many new proposed translations of the Voynich Manuscript, a mysterious 600 year-old manuscript written in an undecipherable code in an unknown language.

In late January 2018, we learned about two Canadian computer scientists, Greg Kondrak and his graduate student Bradley Hauer, who published a study in the journal Transactions of the Association of Computational Linguistics about their efforts to decode the Voynich Manuscript. The scientists from the University of Alberta used an algorithm to try to decode parts of the Voynich Manuscript. They approached the text armed with a computer program of their own design. The algorithm found that 80 percent of the encoded words appeared to be written in Hebrew. With the help of Google Translate, they determined the first sentence read: "She made recommendations to the priest, man of the house and me and people." The researchers say they've determined the language and coding scheme of the text. The next step is to find a scholar well-versed in Hebrew and alphagrams, and then apply this code-breaking technique to other ancient manuscripts.

For more on the Canadian study:  Using AI To Uncover Ancient Mysteries - U of Alberta

In February 2014, Bedforshire (UK) University's Stephen Bax said he had deciphered 10 words of the Voynich Manuscript, which would hopefully lead to more discoveries.

The text that Edward Elgar encrypted was in full:

He goes further by suggesting ALASKN is abbreviation for "Al asking" (Al being Alice)
MAX BID is as it suggests - asking for maximum bid or price (Mulliss notes that Edward Elgar sold the Forli property and moved into a new house within two years of this enciphered note being written.)
HVFN is abbreviated version of "Have Fun" (playful way for Elgar to end his note to his friend).

Tim Roberts offered a viable solution to the Dorabella Cipher, an encrypted message sent by the celebrated English composer Edward Elgar to a young lady companion in 1897. Tim is on the Faculty of Arts, Business, Informatics, and Education at CQ University Australia. The Dorabella Cipher is listed on Elonka Dunin's website which provides an unofficial list of well-known unsolved codes and ciphers. Tim's solution can be found by clicking on this link to a PDF document.

October 13, 2013 - Slightly revised solution submitted by Tim: "The only difference from the original version is a change in the last line of the key. The order of the symbols that Elgar used in this third line always slightly puzzled me. No longer. The slightly revised key, "Lady Penny, writing in code is a way to keep busy," removes this anomale." 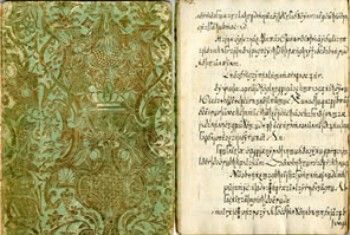 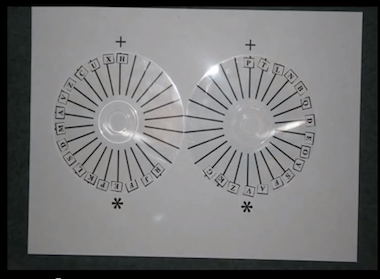 Nick Pelling's Web site, Cipher Mysteries is devoted to real unsolved historical code/cipher mysteries, as well as to exploring how those objects get portrayed in books, films, TV, radio, music, opera, sculpture, design, metalworking, eBay scams, etc. Find the latest on unsolved codes and ciphers such as the Voynich Manuscript, the Kryptos sculpture at CIA, Bellaso's Ciphers, and many others. You can subscribe to receive daily alerts/updates.

Visit the "On this Date in History" calendar to learn about important events related to cryptology, math, computers, and more.