The History of Traffic Analysis 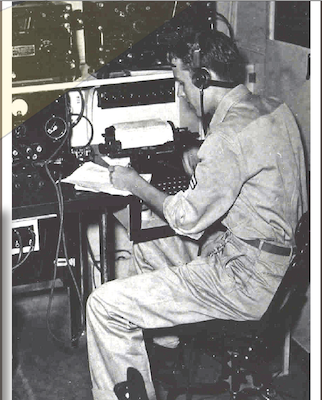 A brochure titled, "The History of Traffic Analysis: World War I - Vietnam," has been published recently and is available, for free, when you visit the NCM or you can send a request to the Center for Cryptologic History, National Security Agency, 9800 Savage Road, Suite 6886, Fort George G. Meade, MD 20755.

The brochure was written by Donald A. Borrmann, William T. Kvetkas, Charles V. Brown, Michael J. Flatley, and Robert Hunt. What follows is a direct quote from the brochure. The complete brochure, in PDF format, is available from the NSA web site.

The word traffic to a communicator or cryptologist referred to communications passed between a sender and an intended recipient. Thus, the study of traffic by unintended recipients was called traffic analysis. T/A has been the study of “external” features of target communications. It also can be used against non communications electronic emissions and telemetry signals. It examined all aspects of communications transmissions excluding code or cipher message content, which was the purview of cryptanalysis (C/A). Traffic analysts studied signals’ characteristics, including radio frequency usage, callsigns, (a series of letters and/or numbers assigned to a specific radio station), transmission schedules, locations of transmitters, the routings and volumes of message traffic, informal “chatter” between the targets’ radio operators and the unique characteristics exhibited by manual Morse operators, referred to as their “fists.”

Signals intelligence (SIGINT) is a major segment of the intelligence discipline and communications intelligence (COMINT) is a subset of SIGINT. In turn, “traffic analysis” (T/A) is a significantpart of COMINT while also useful in other aspects of SIGINT. This brochure defines and explains traffic analysis when used in this context, as part of the broader discipline of signals intelligence. The brochure describes the elements of T/A and explains how T/A has been used for several purposes including to produce intelligence information, to aid cryptanalysis, and to support the collection of additional data. It then presents examples of intelligence contributions made by T/A during World War I, World War II, and the Cold War, including the Korean War and the Vietnam War.

A key purpose of this brochure is to improve the public’s and intelligence professionals’ understanding of T/A as an intelligence discipline. Further, it is intended that this will be a living document, to be amplified and expanded as the necessary research is completed, especially in light of new real-world examples of traffic analysis at work. In its present form, the report also can be used for historical reference and could even serve as a basis for developing museum displays.