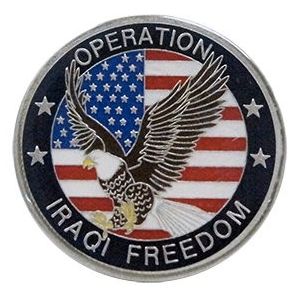 The 2003 invasion of Iraq lasted from 19 March to 1 May 2003 and signaled the start of the conflict that later came to be known as the Iraq War, which was dubbed Operation Iraqi Freedom by the United States (prior to 19 March, the mission in Iraq was called Operation Enduring Freedom, a carryover from the conflict in Afghanistan).