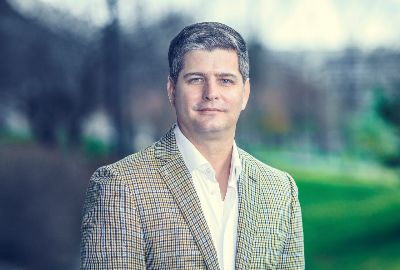 Al Di Leonardo is an experienced national intelligence and special operations officer with more than 25 years of combined government and consulting experience throughout the Department of Defense and the Intelligence Community. Al used his U.S. Army training and National Security Agency (NSA) experience to later successfully found and sell two companies in the private and public marketplaces. He is widely recognized as a subject matter expert in analytical tradecraft and as an entrepreneur with expertise, vision, and leadership at the intersection of big data, analytics, and geospatial.

Al retired out of the Joint Special Operations Command (JSOC) after his career as a United States Army Intelligence Officer. Prior to JSOC, he specialized as a Signals Intelligence Officer and, over the course of three military tours, spent almost a decade inside NSA. During these extraordinary assignments, Al had the pleasure of working directly for Lt Gen Minihan, and Gen Hayden at NSA as their military aide-de-camp. He is a graduate of the Joint Officer Cryptologic Career Program (JOCCP) where he held key positions across NSA operations. He also held leadership positions in every battalion within the 704th Military Intelligence Brigade.

He earned the Bronze Star Medal from U.S. Special Operations Command for his work in Afghanistan and Iraq, and he also served overseas in support of operations in Kuwait, Africa, Korea, and the Balkans.

Al holds a Master of Business Administration from Loyola University and a Bachelor of Arts from Fordham University.