"How the NSA Became a Killing Machine" 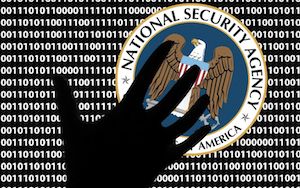 In an excerpt from his new book, @War, Daily Beast reporter Shane Harris shows how the NSA went partners with the military in Iraq and changed warfare forever.

Bob Stasio never planned to become a cyber warrior. After he graduated high school, Stasio enrolled at the University at Buffalo and entered the ROTC program. He majored in mathematical physics, studying mind-bending theories of quantum mechanics and partial differential equations. The university, eager to graduate students steeped in the hard sciences, waived the major components of his core curriculum requirements, including English. Stasio never wrote a paper in his entire college career.

Stasio arrived at Fort Lewis, Washington, in 2004, when he was 22 years old. His new brigade intelligence officer took one look at the second lieutenant’s résumé, saw the background in math and physics, and told Stasio, “You’re going to the SIGINT platoon.”

SIGINT, or signals intelligence, is the capture and analysis of electronic communications. Like all branches of intelligence, it’s a blend of science and art, but it’s heavy on the science. The brigade intelligence officer had worked at the National Security Agency and recognized that Stasio’s physics training would come in handy, because so much of SIGINT involves the technical collection of radio signals, fiber-optic transmissions, and Internet packets.

Stasio was assigned to a Stryker brigade, a mechanized force designed to be light on its feet, capable of deploying into combat in just a few days. It was Stasio’s job to locate the enemy on the battlefield by tracking his communications signals. And he was also supposed to divine his adversary’s intentions by eavesdropping on the orders a commander gave to troops, or listening for the air strike that a platoon leader was calling in from behind the lines. Stasio would join the Fourth Brigade, Second Infantry Division, “the Raiders,” and deploy to Iraq. He’d be working with a team of linguists, who would be essential, since Stasio didn’t speak Arabic.

Stasio arrived in Iraq in April 2007 as part of a new “surge” of American troops. He might have wondered if they arrived too late. Stasio and his team found U.S. forces under relentless assault from insurgents, roadside bombers, and mortar attacks. Iraq was collapsing amid an escalating civil war. Foreign fighters were pouring into the country from neighboring Syria and Iran, and a ruthless terrorist network, known as al Qaeda in Iraq (which would later evolve into ISIS), ran a brutal campaign of attacks against U.S. and coalition forces, the Iraqi government, and Iraqi Shiites. The terror group aimed to break the back of the fledgling government with a theocratic dictatorship.

But Stasio had a weapon that the insurgents didn’t: the servers full of electronic communications and signals collected by the NSA’s listening posts. Prior to his deployment, Stasio spent his time studying insurgencies and how they were structured like a network, not along the vertical hierarchies of a traditional military. Stasio thought that if he could tap into SIGINT from Iraq, which included phone calls, e-mails, and text messages sent by the insurgents, he might be able to understand something about the size and shape of their networks by piecing together their communications records. Stasio was a fan of the HBO series The Wire, and he was particularly fond of one character, Lester, who uncovers a network of drug dealers in Baltimore by tracking their cell phone calls. Stasio wanted to do the same thing in Iraq.

What Stasio didn’t know—and couldn’t have known, because his security clearances didn’t extend that far—was that his ideas about intelligence-supported warfare had been adopted by the highest levels of the U.S. government. In a meeting of senior national security officials with President George W. Bush in the spring of 2007, the commander-in-chief authorized the NSA to begin hacking into the phone and computer networks of Iraqi insurgents.

Return to the NCMF Homepage.
Click the link below to go to our Cryptologic Bytes Archives page.