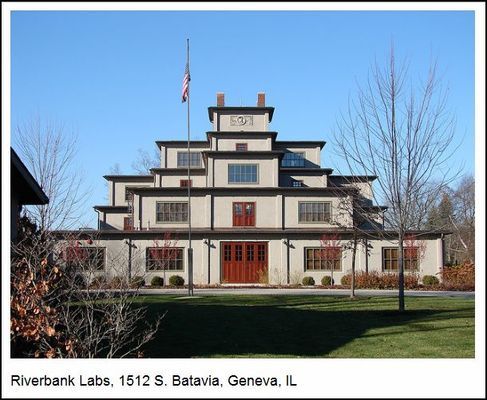 Did you know about the Riverbank Laboratories, considered by some to be the direct lineal predecessor of the National Security Agency and Central Intelligence Agency? William Friedman began his career there in 1915 as the head of the Department of Genetics. Elizabeth Smith joined the Department of Ciphers at Riverbank in 1916. William and Elizabeth were married in May of 1917.