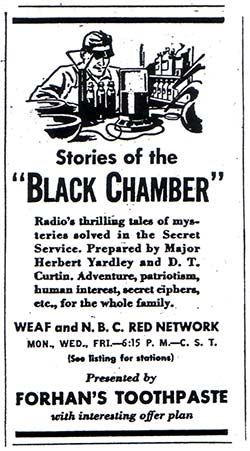 The NBC radio show, "Stories from the Black Chamber," was loosely based on Herbert Osborn Yardley's book, The American Black Chamber and it appears that Yardley and Tom Curtan may have been advisors to the show. "Stories of The Black Chamber" ran for 13 episodes before it was cancelled. One or more of the episodes were titled, "Secret Ink."