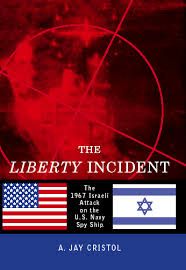 Mr. Jay Cristol, author of the book, The Liberty Incident, donated 24 copies of his book to the Museum for sale in the Museum Gift Shop. The NCMF Administrator contacted Mr. Cristol and suggested he donate the books to the Foundation instead for sale at upcoming Foundation programs, and at the next general membership silent auction. A request was made that he sign the books also to add to their value. Mr. Cristol also offered to pay the shipping costs. The 2002 book, which focuses on the question “did the Israelis know they were attacking a U.S. ship", was written after 17 years of extensive research to include data acquired from NSA through FOIA requests. A cover picture of the book is included here.