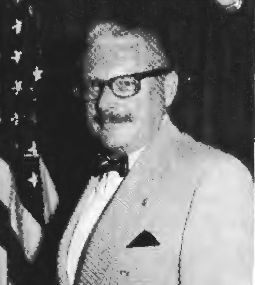 Madison E. Mitchell, a former executive in the National Cryptologic School, died on July 29, 1988 at the age of 66.

Mr. Mitchell worked at NSA for 35 years and also spent five years in the Army, reaching the rank of captain. He retired from the Agency in 1977. In 1977, just after retiring, he was presented with the Agency's highest civilian honor - the Exceptional Civilian Service Award. Vice Admiral B. R. Inman made the presentation to Mr. Mitchell in recognition of his "extraordinary professional competence, aggressive and resourceful leadership, exceptionally sound judgment, and genuine concern for his fellow man."

Mr. Mitchell was a Phoenix Society member and also enjoyed sports in his leisure time. He was survived by his wife, children, a brother, sister, and three grandchildren.