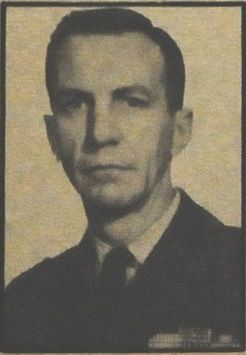 Click here for an article about Delmar Lang in NSA's Cryptologic Almanac.

The information below is from the Institute of Far Eastern Languages article - Personal Histories of Robert N. Tharp and Delmar C. Lang

Lang foresaw the eventual entry of Communist Chinese forces into the Korea War.  He prepared a convincing argument for his superiors that the program in Chinese at the Army Language School in Monterey was inadequate for the Air Force’s needs and that an all-Air Force school for Chinese linguists should be set up elsewhere, preferably at one of the leading universities.

In July, 1951, now Capt Delmar Lang started Chinese class at IFEL.  (In August, Robert Tharp was hired as a senior instructor in Chinese at IFEL.)

By late 1952 or early 1953, Lang was on Cho Do Island (an island in the Yellow Sea, off the North Korean coast) with the first IFEL trained Chinese linguists.  Lang's assignment on Cho Do Island is mentioned in cryptologic history publications included on the NSA website.

Lang retired from the Air Force as a Lt Col and joined NSA as a civilian in 1965, age about 48.

Delmar Lang retired from NSA in 1980. On July 19, 1988, Delmar was interviewed for NSA oral history about the Gulf of Tonkin incident in 1965.  At that time he was living in Wheaton, Maryland.

Sponsored for the In Memoriam Registry by Admirers and Colleagues.