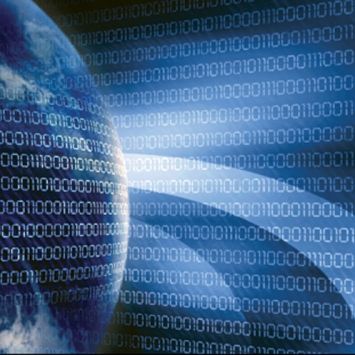 Financial regulators in the UK and Cyprus warned retail traders about the significant risks associated with securities trading based on cryptocurrencies. These warnings come in reaction to some companies offering retail customers a variety of possibilities to trade in derivatives based on Bitcoin, Ether, and other cryptocurrencies. The warnings come from the UK’s Financial Conduct Authority and CySEC in Cyprus. Both regulators share the concern about the underlying volatility of cryptocurrencies – Bitcoin, for example, has climbed from about $250 at the end of 2015 to more than $5,600 this week. Other European bankers agree that the cryptocurrency market is not yet mature enough for speculation by the general public. (Source: Hannah Murphy, “Regulators warn retail traders against cryptocurrencies,” Financial Times, 15 October 2017)

Can You Trust Your Car?

An Ohio newspaper published an overview of the cyber vulnerabilities hackers could use to gain access to your car, truck, or SUV. The various computer-controlled access points in today’s vehicles, including embedded Internet modems, USB ports, HD radio, Bluetooth modules and vehicle diagnostic information reporting systems, all can be access points that hackers can use to disable or control the steering, brakes or transmissions. These capabilities have been demonstrated for the automotive industry for the last few years, leading to the establishment of the Automotive Information Sharing and Analysis Center (Auto-ISAC) in 2015. Companies share threat and vulnerability information via the Auto-ISAC and are working to mitigate known threats. Hacking vehicles is a major concern as the industry begins to develop self-driving cars. (Source: Hamilton Journal News, 14 October 2017)

The President and Chief Legal Officer at Microsoft, Brad Smith, told ITV News in England that he believes “with great confidence” that North Korea was responsible for the WannaCry ransomware attack on the UK’s National Health Service (NHS) last May. He was the first Microsoft executive to acknowledge that North Korea was the source of the attack, which affected over 200,000 computers in 150 countries. The attack severely affected the NHS. More than 40 hospital trusts were affected by WannaCry. Lives were threatened as scheduled surgeries were cancelled or postponed and ambulances were diverted. WannaCry malware was based on cyber tools allegedly stolen from NSA and targeted against Windows XP, an outdated version of Windows that Microsoft no longer supports. The perpetrators encrypted NHS medical records and then demanded payment before the decryption keys would be provided and files recovered. (Source: The Daily Telegraph (UK), 14 October 2017)

(Note: The WannaCry attack was stopped by a British cyber researcher, Marcus Hutchins, who discovered that he could kill WannaCry by registering a domain name for it. Hutchins was subsequently arrested when he attended DefCon, an annual cyber conference in Las Vegas, for allegedly creating the KRONOS virus that targeted financial institutions. Hutchins is now out on bail, awaiting trial.)