"The Long and Winding History of Encryption" via "The Atlantic" 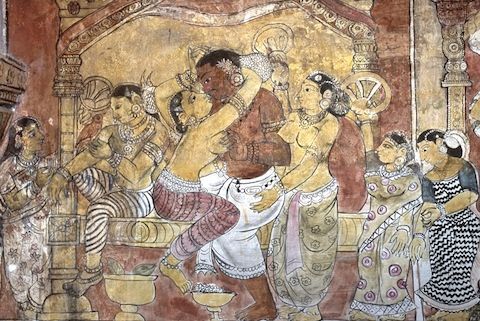 "The Long and Winding History of Encryption": The technology that keeps your text messages private had its start on the banks of the Tigris River, 3500 years ago.

by Kaveh Waddell Jan 13, 2016 for "The Atlantic" magazine FULL ARTICLE

"Never in history have more people had access to advanced encryption in their homes, offices, and pockets. The most basic online transactions and communications that Internet users conduct every day are thoroughly encrypted in transit, and are undecipherable without proper keys.

The democratization of encryption is a recent phenomenon: Only since the 1990s has computer encryption been open and freely available. But humans have been communicating with codes and ciphers for thousands of years, using rudimentary encryption methods to protect trade secrets and military orders, or simply to keep information private from neighbors.

For Gerhard Strasser, the story begins more than 3000 years ago, in Mesopotamia. Strasser, who studied the history of cryptology for decades at Pennsylvania State University, traces the development of encryption through the Middle East and Europe, and even to India, where it's mentioned in the Kama Sutra. He tells of a Medieval German cryptographer accused of black magic, and an 18th-century government minister in France who devised an ingenious way to spy on visitors.

I spoke to Strasser, now a professor emeritus in his native Germany, about the deep history of encryption. A transcript of our conversation appears below, edited for concision and clarity."

...... Read full article/interview via link above.

Return to our HOME PAGE.
Visit the Cryptologic Bytes archive via the "Return to List" link below.