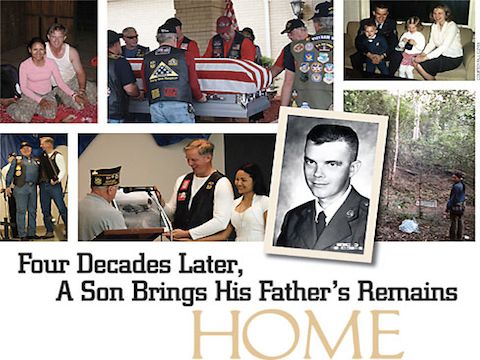 For those who have followed Paul and Nita Clever's incredible efforts to bring home Paul's fathers' remains from Laos following a plane crash during the Vietnam War - you will appreciate this thorough coverage of Paul's story in the Sept/Oct 2015 issue of The VVA Veteran Magazine.

View the full article by Holly Shanks for The VVA Veteran.

See additional information about the Clever's efforts and Maximum Recovery in Southeast Asia on our website.

Return to our Home Page.
Visit the Cryptologic Bytes Archives page via the "Return to List" link below.