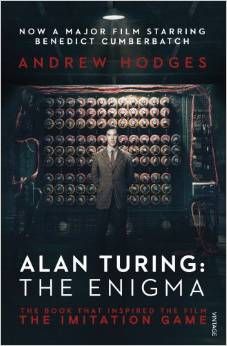 Below is an excerpt. Read the full review by Mize on h-net.org.

"Andrew Hodges’s Alan Turing: The Enigma weaves a colorful fabric of individual biography, twentieth-century British scientific inquiry, arithmetic, and social history. He creates a narrative tapestry that illuminates the life of one of the most significant individual contributors to Allied victory in the Second World War. This reprint of the original 1983 publication contains a new preface by the author, noting Gordon Brown’s, the prime minister, 2009 statement of apology for Britain’s persecution of Alan Turing as a gay man. That apology was precipitated by the enormous popularity of an online petition. Significantly, Turing’s exculpation for a crimeless offense was set into motion through the utilization of a technology (the computer) that owes its existence, at least in part, to his towering intellect......"