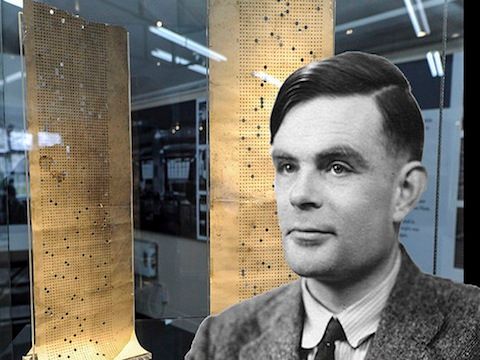 In a 19 March 2015 article and photo spread via MK News, we learn about top secret documents known as the Banbury Sheets that were rescued and restored at Bletchley Park and are now on display there.

Here's an excerpt from the article:

"A new exhibition of artifacts found during restoration work at Bletchley Park has opened showing top secret documents used to break the Nazi's Enigma Code were found during the restoration of Hut 6, which housed the unit dedicated to breaking German army and air force messages.

The papers found in 2013 were frozen to prevent further decay, before being cleaned and repaired.

The documents include the only known example of used Banbury sheets, a system devised by Alan Turing to help find the daily-changing Enigma settings. So-called because the stationery was printed in Banbury, Banburismus involved lining up two sheets of paper in which holes were punched over a light box, to help find possible settings."

See more photos and read the article via MK News