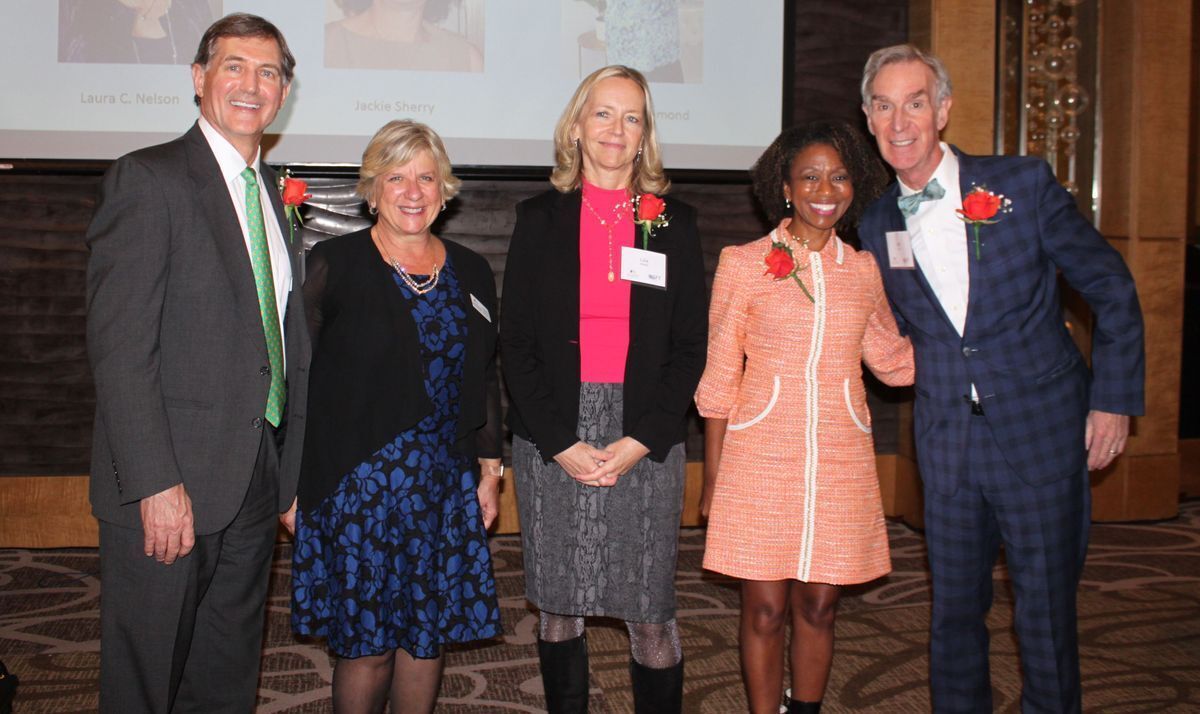 On 27 October 2022, the National Cryptologic Foundation (NCF) and the Intelligence and National Security Association and Foundation (INSA/INSF) co-hosted Cocktails and Codebreakers, a celebration of women codebreakers. This special fundraising event paid tribute to the rich history of trailblazing women in cryptology, to include recognizing the United States Postal Service's October 2022 launch of a Women Cryptologists of WWII forever stamp. A video recording of the program is available below.

In response to the overwhelming success (and demand) of the inaugural Cocktails & Codebreakers, we officially announce the sequel in October 2023. Details to come.

After a welcome from NCF CEO & President Laura Nelson, INSA President Suzanne Wilson Heckenberg spoke about INSF scholarship opportunities, to include a special scholarship for Women in STEM.

During a fireside chat featuring Ms. Kemba Walden, the first Principal Deputy National Cyber Director, Office of the National Cyber Director and Mr. Greg Myre, NPR National Security Correspondent, Ms. Walden discussed her early career inside and outside of public service. She joined the Department of Homeland Security (DHS), where she said she “went full-on into cyber.”

"Cybersecurity in an interconnected world connects individuals and gives them the ability to thrive and prosper because everything we do now is connected. Our refrigerators are online for some reason,” she said.

“Our internet has to reflect," she said, and in her view, “our democratic values, but it also reflects economic empowerment, it enables an option to protect our privacy, but it also enables the everyday current functions that people are seeking to accomplish. That’s the way I’ve come full circle into wanting to see communities thrive and doing my part to make sure that happens.”

Ms. Walden concluded the Fireside Chat by expressing that she was super excited to be with us to celebrate these heroes who paved the way for women like her, “They made me possible."

The program also included a special presentation by Mr. Bill Nye, American science educator and author, who spoke about his mother, Jacqueline Jenkins-Nye, who served as a WWII cryptologist with the WAVES. Mr. Nye shared several stories, including many that elicited laughs from the audience. He answered questions about his mother, her successful career, and how her codebreaker experience further defined her beliefs and commitment to women's equality.

Mr. Nye graciously participated in an interview with the NCF prior to the event. You can read an article featuring the NCF Interview with Bill Nye for more of his personal reflections about his family, on how he believes the women codebreakers of WWII played a role in women's liberation, and for his advice on attracting kids to STEM.

Finally, during the event, author Liza Mundy also signed copies of her "Code Girls" book at the event. Ms. Mundy's book is what provided Mr. Nye with more details about what his mother did during WWII. Receiving Ms. Mundy's book provided an introduction that led the couple to meet and eventually get married.

View the following below:

PHOTO GALLERY - Click on Images for an Enlarged View.

THANK YOU TO OUR SPONSORS!

Learn about the NSA-NCF Progress Through Partnership.