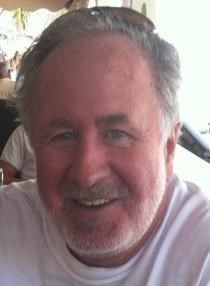 Born in Annapolis, Md., to Hubert and Joann Long, Rick was the fifth of eight children. He worked at Funland in Rehoboth Beach during the summers of 1970-74.  Rick graduated from Glen Burnie High School in 1974 before going on to get his bachelor’s degree from the University of Maryland.

Following graduation, Rick went on to pursue a career with the Department of Defense at the National Security Agency with overseas tours in England and Germany. His career spanned multiple organizations in NSA as well as assignments in the broader intelligence community where he ultimately attained the rank of senior executive. Rick retired from the DOD after a successful 37-year career which included the Defense Meritorious Service Award. He continued working as a contractor for SERCO, Boeing Corporation and as a private consultant.

Rick was involved with the Dewey Beach Lions Club, active in Kings Creek Country Club and a past board member of the Pine Bay Community Association.

Rick acquired “Koozie Time,” a pontoon boat, and enjoyed taking friends and family to the sandbar on Rehoboth Bay. He was a true wine connoisseur and enjoyed the finest of Irish whisky, port and cigars. His real interest though was food and music. Rick was an audiophile and loved cooking for his friends while listening to music. He also enjoyed playing Santa Claus for his many nieces and nephews and children of friends as far away as Germany.

Leading up to and upon his retirement, Rick resided in Rehoboth Beach and Eastport, Md., with Judy Leichtman, his love.

Rick is predeceased by his parents, Hubert and Joann Long of Rehoboth Beach, and brother Patrick. He is survived by three sisters and three brothers, Druscilla (Joseph) Burke of Crownsville, Md., John of New Smyrna Beach, Fla., Scott (Mary Alice) of York, Pa., Chris of The Villages, Fla., Tish (John) of Alexandria, Va., and Suzy of Baltimore, Md. He is also survived by many adoring nieces/nephews and grandnieces/nephews who bestowed on him the title of “favorite uncle.”

A celebration of life will be held when it is safe enough for family and friends to gather in his memory. As Rick would say: “Listening to reggae on Rehoboth Bay, watching the sparkles as the sun sets on another beautiful day.”

Sponsored for the In Memoriam Registry by Michael Hantke.