Join Us Online For The Next #CyberChat 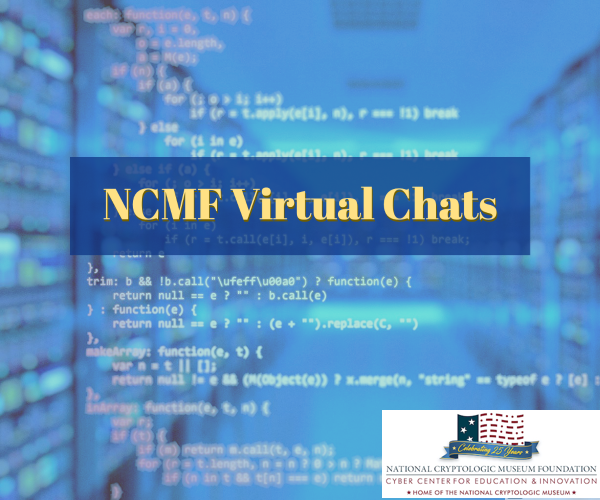 NEPRIS: For Nepris-related #CyberChats, you will need to create a free Nepris account to attend a live session or view the video recording. Please click on the course Date/Titles to visit their corresponding course page on the Nepris website. You can also visit our NCMF Nepris page. Interested in presenting a chat? Sign up here.

NCMF ZOOM: For NCMF Fireside Chats - please take note of the Zoom webinar registration information once it becomes available for each chat.