The Henry F. Schorreck Memorial Lecture Speaker Series is an annual program featuring historical lectures named in honor of the former NSA Historian Henry F. Schorreck who passed away in June 2004. The Series is sponsored by the Center for Cryptologic History (CCH) with support from the NCMF. The lectures included in the series are presented by preeminent scholars who address cryptologic issues with an historical perspective. Previous talks have been delivered by scholars in the field such as David Kahn, Christopher Andrew, John Ferris, and Stephen Budiansky. These talks are held in the Magic Room of the National Cryptologic Museum and are free and open to the public. 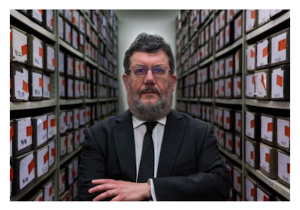 The 2019 Henry F. Schorreck Lecture Speaker Series: GCHQ 1919-2019: Reflections at the Start of Our Second Century, presented by Tony Comer, GCHQ Historian, took place on 10 May 2019 at the National Cryptologic Museum in Ft. Meade, MD. Tony Comer joined GCHQ as a Spanish and Portuguese linguist in 1983. He worked in a variety of operational and policy roles in GCHQ with a primary focus on support to military operations. In 2009 he became Departmental Historian. GCHQ was created in 1919 and was first known as the Government Code and Cypher School (GC&CS). It would run the successful (and now very famous) Bletchley Park codebreaking facility north of London during World War II. Shortly after the war (1946), it would adopt its current name.In his presentation, Tony shared stories and perspective about the GCHQ —and about that special US-UK cryptologic relationship, first established in February 1941. 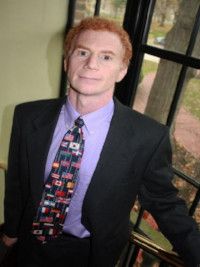 The 2018 Henry F. Schorreck Lecture Speaker Series (May 2018) explored "The Pueblo Incident: A Fifty-Year Retrospective" with special guest speaker Mr. Mitchell Lerner, Associate Professor of History and Director of the Institute for Korean Studies at The Ohio State University. He is the author of The Pueblo Incident: A Spy Ship and the Failure of American Foreign Policy, which won the 2002 John Lyman Book Award. (Click HERE to learn more about the book.) He is also associate editor of the Journal of American-East Asian Relations. The presentation examined this controversial incident from start to finish, and opened a window into not only American decision making but also into the perspectives of North Korea, South Korea, and the Soviet Union. 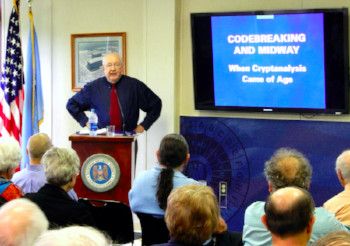 For the 2017 Schorreck Memorial Lecture Speaker Series - author Elliot Carlson gave an outstanding lecture on the contributions of cryptanalysis at the battle of Midway.  During the Q&A he discussed how overconfidence by the Japanese led to their not understanding/catching the ploy of the messages about the shortage of water. Carlson's book is:  Joe Rochefort’s War: The Odyssey of the Codebreaker Who Outwitted Yamamoto at Midway

Over the past 75 years the codebreakers of the FBI Laboratory have been engaged in a high stakes battle of wits against spies, terrorists, violent criminals, gangs, and criminal syndicates. This presentation will provide a brief overview of the history, milestones, successes and failures of the FBI’s Cryptanalysis and Racketeering Records Unit. Highlights will include both solved and unsolved ciphers from notorious criminals such as the Zodiac killer of the 1960s, the BTK (Bind, Torture, Kill) serial killer Dennis Raeder, and the enciphered journal of Ted Kaczynski, the infamous UNABOMBER.

Daniel Olson is the Unit Chief of the Federal Bureau of Investigation’s Cryptanalysis & Racketeering Records Unit at the FBI Laboratory in Quantico, Virginia. From 1988 to 1997 Dan served as an intelligence analyst and cryptanalyst in the United States Army and was assigned to an electronic warfare company in Saudi Arabia and Iraq during operation Desert Shield/Storm 1990-91. From 1993 to 1997 he provided intelligence support to the Drug Enforcement Administration. In 1997 Dan transferred to the FBI as a cryptanalyst. Since that time he has been involved in the decryption of criminal codes and ciphers involving domestic and international terrorists, violent criminals, drug traffickers, street and prison gangs, and organized crime. He has been recognized as an expert in cryptology in federal and state courts throughout the United States and has been featured on the History Channel, Court TV, CNN, and NBC Nightly News. Dan holds a B.A. in Criminology from Saint Leo College in Florida and a Masters in Forensic Science from George Washington University in Washington D.C. 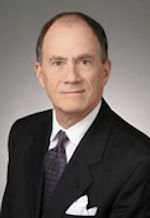 The Center for Cryptologic History's 2015 Henry F. Schorreck Memorial Lecture took place at the National Cryptologic Museum on 15 May 2015.

The speaker was former NSA Inspector General and Senior Counsel Joel F. Brenner with a presentation titled: “Forty Years after Church-Pike: What’s Different Now?” Mr. Brenner, from his unique perspective as NSA’s former IG (2002-2006) and DNI’s head of counterintelligence (2006-2009), discussed the impact of Church-Pike and what has changed during the past four decades. He has written about intelligence oversight and presidential authorities and is often quoted in the national media on data security, privacy, and intelligence issues.  He recently authored an influential book titled America the Vulnerable: Inside the New Threat Matrix of Digital Espionage, Crime and Warfare.

The Schorreck Lecture speaker in 2013 was Dr. Peter W. Donovan of the Department of Mathematics, University of New South Wales, Australia. A renowned expert in several fields of mathematics, as well as on cryptologic history, Dr. Donovan has conducted some of the most innovative and path-breaking work to date on the Allied effort to break Japanese encryption systems in use during WWII. He presented two separate lectures detailing the cipher war in the Pacific, including revelations about the weaknesses in the Japanese naval codes that the Allies exploited, all of which led to dramatic successes on the battlefield.

To read the full text of the Lecture given by David Kahn on May 24, 2007 titled, “The Future of the Past: Questions in Cryptologic History," visit David Kahn's Web site.

WHAT'S IN YOUR LIBRARY?

Check out book suggestions from folks in our community. You may find something to add to your library!