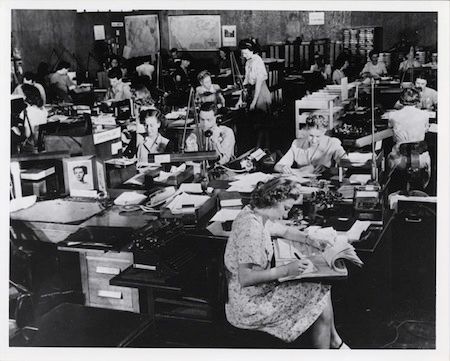 14 June 1942: The Signal Intelligence Service took possession of Arlington Hall. SIS was an early predecessor to the NSA and later appropriated by the National Security Council who reappointed the resources into the modern National Security Agency. William Friedman began the division with three "junior cryptanalysts" in April 1930. Their names were Frank Rowlett, Abraham Sinkov, and Solomon Kullback.

"It should be remembered that SIS was not attached to the Army's intelligence organization. Military Intelligence considered cryptanalysis merely an adjunct of cryptography, which belonged in the Signal Corps. This situation continued until early in the war.

SIS began with purposes other than foreign intelligence; it was to compile systems for Army use and prepare cryptanalysts for wartime operations. Again like its counterpart, SIS produced valuable information almost as a by-product of training and was transformed into a production office for current COMINT."