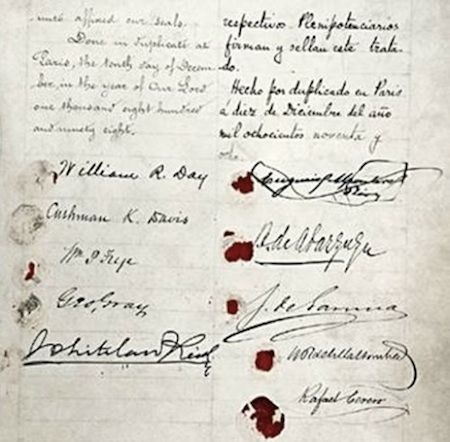 On December 10, the Treaty of Paris officially ended the Spanish-American War. The once-proud Spanish empire was virtually dissolved as the United States took over much of Spain's overseas holdings. Puerto Rico and Guam were ceded to the United States, the Philippines were bought for $20 million, and Cuba became a U.S. protectorate. Philippine insurgents who fought against Spanish rule during the war immediately turned their guns against the new occupiers, and 10 times more U.S. troops died suppressing the Philippines than in defeating Spain.