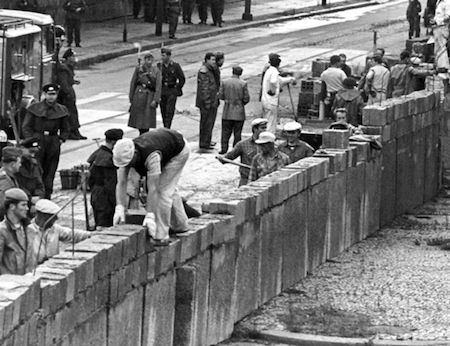 13 August 1961: The construction of the Berlin Wall began.

The Berlin Wall was erected in the dead of night and for 28 years kept East Germans from fleeing to the West. The barrier included guard towers placed along large concrete walls, which circumscribed a wide area (later known as the "death strip") that contained anti-vehicle trenches, "fakir beds" and other defenses. Its destruction, which was nearly as instantaneous as its creation, was celebrated around the world.