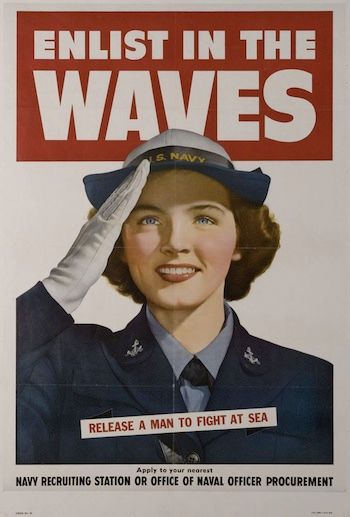 On 30 July 1942, the WAVES were established. The name was an acronym for "Women Accepted for Volunteer Emergency Service" (as well as an allusion to ocean waves). Their official name became the U.S. Naval Reserve (Women's Reserve), but the nickname "WAVES" stuck. The word "emergency" in WAVES implied that the acceptance of women was due to the unusual circumstances of World War II, and at the end of the war the women would not be allowed to continue in Navy careers, but it or its successors continued for decades afterwards. On 12 June 1948, women gained permanent status in the armed services of the United States.

Read more about women serving in cryptologic roles during WWII in the NSA publication, "Sharing the Burden: Women in Cryptology During World War II," via the link below.