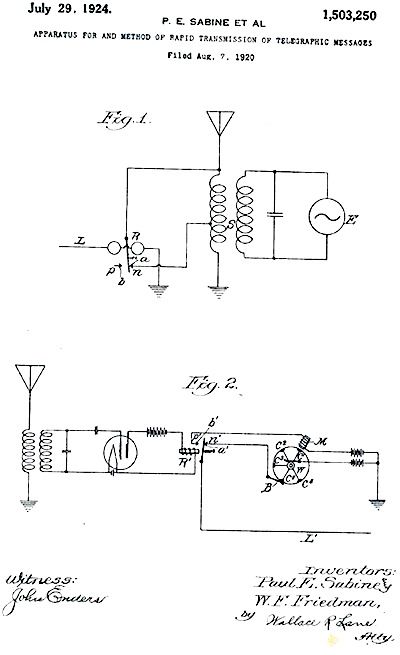 On 29 July 1924, William Friedman received a patent for a device to transmit telegraphic messages quickly, the first of his eventual 30 patents.

William Friedman, cryptologic pioneer, received a patent in 1924 for an “Apparatus for and Method of Rapid Transmission of Telegraphic Messages.” This invention improved the method of sending and receiving wireless communications “to simplify the work and increase the speed of such transmission of messages.” This was just the first of many inventions in which Friedman was involved. Some of his cryptologic inventions were so secret he couldn’t even apply for a patent. The classified nature of several others meant that he was not able to use his ideas for commercial design (or gain.) In 1956, the U.S. Congress awarded Mr. Friedman $100,000 as compensation.

Visit the NSA's Friedman Collection online via the link below.