1919: Patent issued to Gilbert Vernam for concept of machine encipherment. 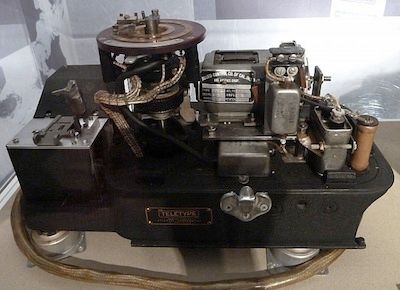 In this automated system, a loop of perforated paper tape representing random letters was added to a plaintext message to create the ciphertext. On the receiving end, a duplicate loop would be used to subtract the same random letters from the ciphertext to re-create the plaintext message. The advantage was the encipherment and decipherment was handled automatically without human intervention or error. The use of a loop of tape meant the system was not truly a one-time pad since the key tape would be reused, so it was vulnerable to enemy decryption. (Excerpted from ciphermachines.com)

Gilbert Vernam was an inventor who held 65 patents in the field of communication. He made significant contributions to the science of cryptography, and to the present-day, world-wide telegraph communications systems.