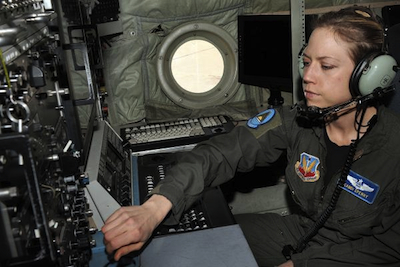 From the above-noted site:

The Compass Call was delivered to the Air Force in 1982, and had its first flight in 1981. The aircraft has demonstrated a powerful effect on enemy command and control networks in multiple military operations including Kosovo, Haiti, Panama, Iraq, Serbia and Afghanistan.