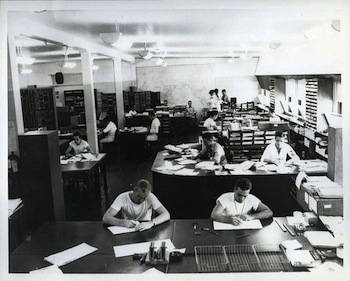 “On April 13, 1943, Allied radio intelligence intercepted a message carrying the travel itinerary of Admiral Yamamoto. The detail in the message listed flight and ground schedules and included what type of fighter escort would be provided. Major Red Lasswell of FRUPAC broke the coded message. The decision of what to do with the information was left to Admiral Nimitz. Nimitz consulted Layton as to what the ramifications would be if Yamamoto were removed. They considered that he might be replaced with a better commander, and Nimitz felt familiar with Yamamoto as his opponent. Layton felt nobody could adequately replace Yamamoto, and based on this opinion Nimitz gave Admiral Halsey the authority to carry out the intercept of Yamamoto’s aircraft. On 18 April, a flight of P-38 fighters with specially selected pilots and equipped with long-range fuel tanks shot down Yamamoto’s aircraft, killing one of Japan’s top naval leaders.” Ricky J. Nussio, in Sherman and Nimitz: Executing Modern Information Operations (2001)