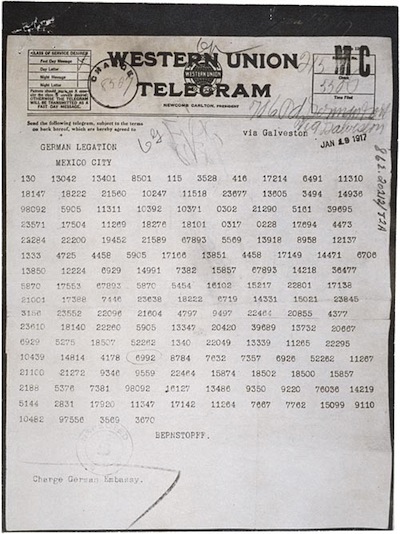 17 January 1917: The Zimmermann Telegram was sent.