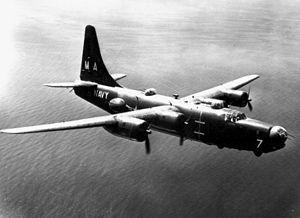 8 April 1950: A U.S. Navy PB4Y-2 Privateer (BuNo 59645) was shot down over the Baltic Sea by Soviet La-11 fighters. Named the Turbulent Turtle, the aircraft was assigned to Patrol Squadron 26 (VP-26), Det A. The privateer's crew of 10 sailors was reported missing in action on 9 April 1950. Please see the link to StationHypo.com below for a detailed case study of this event.

The privateer was a World War II and Korean War era patrol bomber of the U.S. Navy derived from the Consolidated B-24 Liberator. In addition to other types of missions, privateers were used by the US Navy for signals intelligence (SIGINT) flights off of the coast of the Soviet Union and the People's Republic of China.