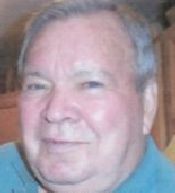 Bill retired in 1993 after a 42 year career in cryptology equally split between the military and National Security Agency service. Throughout his career he served as a radio operator, research analyst, and manager. While in the military, Bill served in Korea, Japan, Germany, Vietnam, and Okinawa. His NSA service was primarily at Ft. Meade, MD, but also included postings in Canada and Hawaii. His military decorations included the Bronze Star, Joint Services Commendation Medal, Army and Air Force Commendation Medals, Korean and Vietnam Service Medals and the National Defense Service Medal.