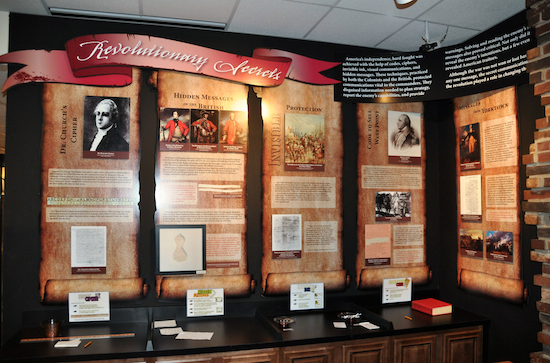 The NCM's "Revolutionary Secrets" exhibit opened in February 2013 and reveals the stories of cryptology during the American Revolution. America’s independence, hard fought, was achieved with the help of codes, ciphers, invisible ink, visual communications, and hidden messages. These techniques, practiced by both the Colonists and the British, protected communications vital to the commanders. They disguised information needed to plan strategy, report the enemy’s capabilities, and provide warnings. Solving and reading the enemy’s secret messages also proved critical. Not only did it reveal the enemy’s intentions, but a few even revealed American traitors. In this exhibit, you'll learn about Paul Revere's Ride, Dr. Church's Cipher Letter, Hidden Messages of the British, Invisible Protection (ink), Benadict Arnold's attempt to sell West Point, and Messages from Yorktown.

Learn about more Museum exhibits via the NSA Web site. 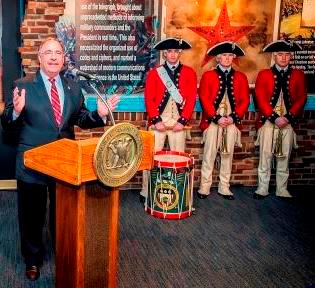 NCMF President Richard Schaeffer talks about the relationship between the NCM and NCMF at the Revolutionary Secrets unveiling.