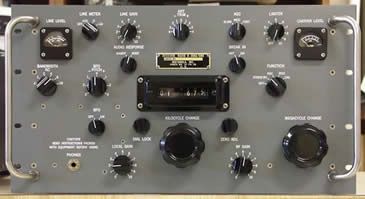 Foundation member Horace Meyers recently donated an R-390A receiver to the Foundation for the NCM. Horace acquired the receiver at some point during his Special Forces career. The venerable Motorola and Collins R-390URR and the R-390A, a variant built by many subcontractors, was the workhorse HF receiver of the US SIGINT System for over two decades. Thousands of both units were built and the original price for this one built by the Electronic Assistance Corporation probably around 1970 was approximately $1700. The donated receiver has the original power cord and is believed to still be in good working condition.