The Director's Chair: "Unsolved!: The History and Mystery of the World's Greatest Ciphers from Ancient Egypt to Online Secret Societies"

7:00 pm8:00 pm
Click to register via EventBrite
Add To My Calendar 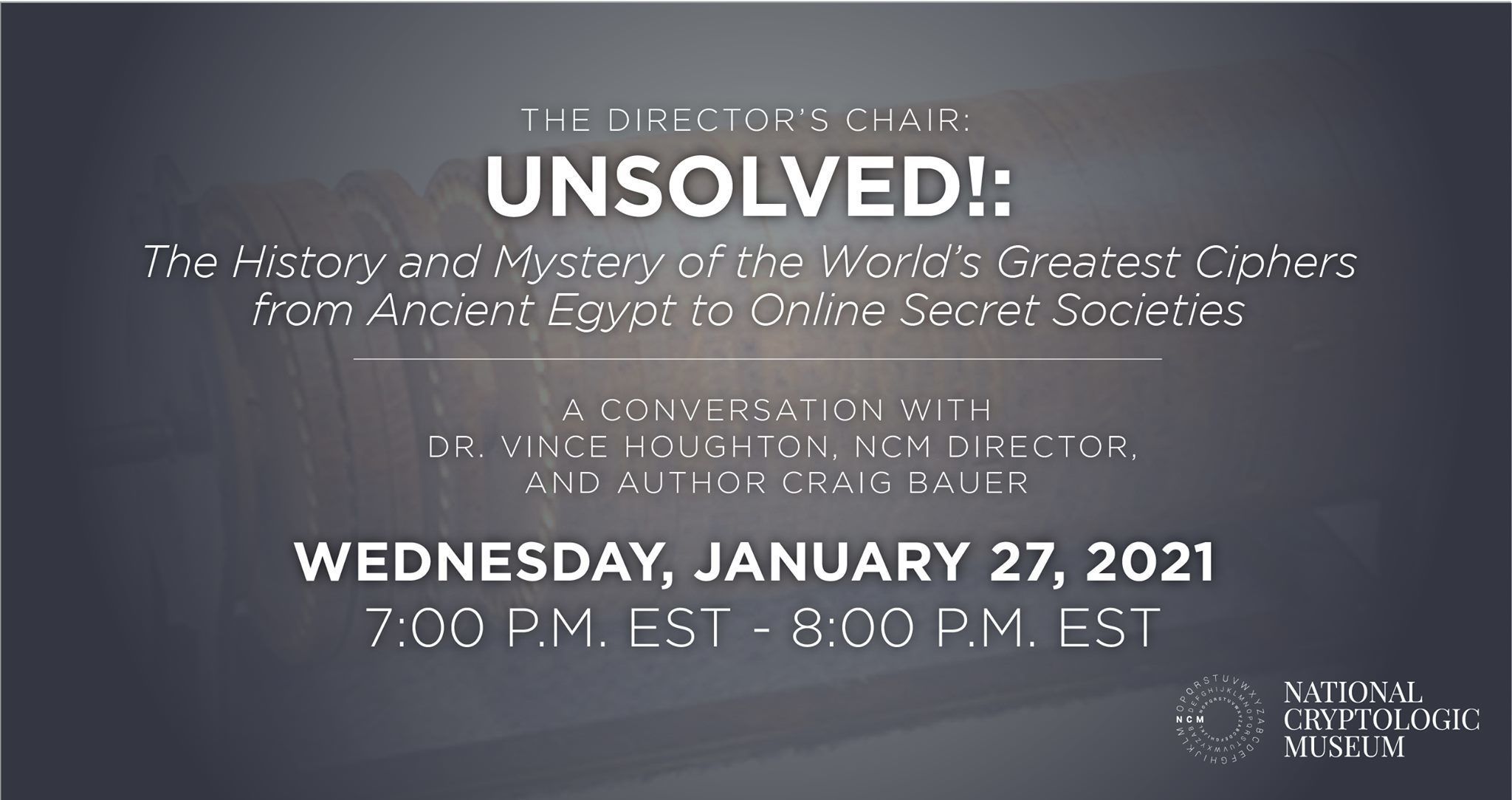 Sit back, relax, and enjoy listening to a conversation between Dr. Vince Houghton, the National Cryptologic Museum's Director, and author Craig Bauer, discussing his book, "Unsolved!." Register to attend via the EventBrite link below.

"Unsolved!: The History and Mystery of the World's Greatest Ciphers from Ancient Egypt to Online Secret Societies" by Craig Bauer

In 1953, a man was found dead from cyanide poisoning near the Philadelphia airport with a picture of a Nazi aircraft in his wallet and an enciphered message taped to his abdomen. In 1912, a book dealer named Wilfrid Voynich came into possession of an illuminated cipher manuscript once belonging to Emperor Rudolf II, who was obsessed with alchemy and the occult. Wartime codebreakers tried—and failed—to unlock the book’s secrets, and it remains an enigma to this day. In this lively and entertaining book, Craig Bauer examines these and other vexing ciphers yet to be cracked. Some may reveal the identity of a spy or serial killer, provide the location of buried treasure, or expose a secret society—while others may be elaborate hoaxes. He lays out the evidence surrounding each cipher, describes the efforts to decipher it, and invites readers to try their hand at puzzles that have stymied so many others.

Craig P. Bauer is professor of mathematics at York College of Pennsylvania. He is editor in chief of the journal Cryptologia, has served as a scholar in residence at the NSA's Center for Cryptologic History, and is the author of three books: Secret History: The Story of Cryptology (2013), Unsolved! The History and Mystery of the World's Greatest Ciphers from Ancient Egypt to Online Secret Societies (2017), and Discrete Encounters (2020).