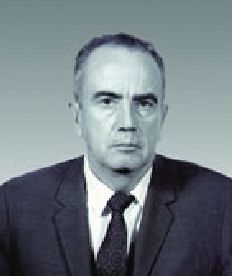 James Richard "Dick" Chiles passed away in July 2004. Chiles, a native Tar Heel, graduated from the University of North Carolina (Phi Beta Kappa) in 1940. As a member of the U.S. Naval Reserve, he was assigned to the Destroyer Command of the Pacific Fleet as a communications officer during World War II. Seriously injured and unable to continue service at sea, he entered the field of cryptography, where he worked with CAPT Stafford of the Navy and COL Friedman of the Army - legendary leaders in their respective services. After the war, he was drawn into the Armed Forces Security Agency (becoming deputy to Howard Barlow) and subsecuquently NSA, working in the Crypto Development division of the Research & Development organization, where he was intimately involved with all hardware developed by NSA.

Through the 1950s, he served on several panels and working groups negotiating with British counterparts on COMSEC devices for shared activities. He moved quickly through the ranks of the COMSEC organization and became chief of the Office of COMSEC Doctrine in 1960. There he oversaw development of rules for safeguarding cryptomaterials throughout the U.S. government. His low-key personality and ability to work with so many different development engineers made him the focal point for groups involved with crypto hardware and crypto mathematics. He personally contributed a number of original crypto algorithms and was involved in evaluating the security of all R&D systems under development. He also graduated from the Industrial College of the Armed Forces (ICAF, now a component of the National Defense University).

Mr. Chiles remained in the upper echelon of COMSEC circles until his retirement more than a decade later. Remembered as a brilliant engineer, he thought in conceptual terms, advancing many innovative ideas on the protection of U.S. communications. He was responsible for major innovations in remote keying for COMSEC devices, including high-speed electronic key generators. (Remote keying - largely his concept - allowed crypto changes from remote terminals without physical contact. It revolutionized modern secure communications of the time and continues to be a very important component of today's world. It led the world in modern design and operation of secure communications.) He also developed rules for systematic accounting and handling of COMSEC material. He inspired and contributed to such innovations as pneumatics (without power) design, magnetic communication technology and narrow bandwidth speech ("vocoder") technology. His realization of the idea of adding another crypto variable to existing systems - implemented worldwide by NSA for certain types of crypto equipment in the mid-1970s - proved its value when the notorious John Walker spy case broke in the 1980s. (Walker had sold crypto keying material to the Soviets for some 15 years; systems with the additional variable could not be "broken" even if the key material were compromised.)

In paying tribute to Dick, five-year Deputy Director for COMSEC Ray Tate recalled that, in 1976, he had nominated Mr. Chiles to receive the Agency's Exceptional Achievement Award, which was approved by Director Lew Allen. Chiles, however, refused to accept it, saying that he "did not want a medal for doing what I'm supposed to do as my everday job!" and refused to attend the ceremony. Tate - who considers Chiles a personal mentor from his early days and an important influence throughout his Agency career - let the matter slide for a few months, then set up a luncheon, as they were accustomed to do, to discuss sensitive matters. By pre-arrangement, Deput Director Benson Buffham arrived, medal in hand. Dick recognized what was doing on and began to leave the room, again declining a medal. (Tate later gave it to Pat Chiles, Dick's wife.) The incidents reinforced in Tate's mind the conviction that Dick Chiles was completeely devoted to the mission and its people, and cared nothing about personal credit.

Dick Chiles retired with thirty years of Federal service. He passed away in July 2004 and was inducted into the NSA/CSS Cryptologic Hall of Honor in 2004. Read more about his career on his Hall of Honor page on the NSA.gov website. (Thanks to Ray Tate for personal recollections of Dick.)

Article from the NCMF's "The Link" Summer 2004 bulletin.

Sponsored for the In Memoriam Registry by Susan D. and Benjamin N. Hoover.