Tributes to Dale Seaberg from the Hazards Golf Group

Dale is sponsored for the NCF's In Memoriam Registry by the Hazards Golf Group. 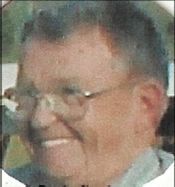 Dale was the best friend anyone has ever had. Pleasant and fun to be with at all times. On the golf course he was an avid golfer and always helpful and encouraging to those of us aspiring to be better. His dedication and professionalism at work was hardly rivaled and his concern for and care of the people who worked for him and around him was unmatched. His pride in his family and especially his grandson was enormous. He’s left a void for his family and friend. It has been my great privilege and honor to have had him as a friend. ~ Joe Amato

Dale was a good friend to me at some critical points in my career, particularly when I was sent to the then-G6 after years in G4. A terrific fellow with no known enemies and a generous heart. I will miss him. ~ Harry Hoover

He was one of my first bosses after returning form Southeast Asia in 1965 and again in 1978. ~ Bob Meck

Another of my idols is gone. Dale was a calming influence, no matter how volatile the situation. ~ Bill Dudley

I always loved to have Dale on my team because no matter how poorly I was playing, he always had something positive to say about each and every stroke. He was a true gentleman. ~ Bob Prestel

I have nothing but pleasant memories from my many associations with Dale. ~ Bill Saadi

Sorry to learn we have lost another one of the good guys. He surely didn't let go easily. ~ Jack Harney

My deepest sympathies go to the family. ~ Ron Flowers

So many of us are grateful to Dale for his professional help and guidance, but most of all we cherished his personal friendship. He really never knew what a hugh impact he had on our lives. ~ Don Parsons

His class and friendship showed most recently with his effort to come to Penn National for our tournament. He was such a wonderful friend, co-worker, and golf partner, we know his family was blessed to have him as husband and father. He will be sorely missed by all. ~ Jack Devine

It was a pleasure to play golf with Dale. His calm demeanor and positive attitude always made for and enjoyable round. He will be greatly missed by all or us. ~ Bill Wesley

I always found Dale to be one of those rare individuals one is fortunate to meet in our lives. Whether at work, on the golf course or any other setting, he was an outstanding person to be with. Never complained, never criticized, always encouraged whatever you were doing and always with a fabulous sense of humor. He was one of the most positive thinking guys I've had the good fortune to know. ~ John Callahan

Dale was a true pro in every way. We will miss one of the truly good guys. ~ Jerry Young

My heartfelt sympathy goes out to Dale's family. We will miss his smile and cheerful manner on the links. ~ Dick Day

I am truly sorry that I never got to know Dale after hearing so many great things about him over the years by everyone who knew him. ~ Joe Browne

It is said that to learn the true character of a man, play a few rounds of golf with him. Those of us who had the privilege of playing with Dale can attest that he consistently demonstrated what a true gentleman he was. We will miss him. ~ Jim Philblad

Dale will always be remembered for his upbeat and positive attitude whether it be at work or at play. ~ Jerry Donohue

Dale wasn't among the pretty people of the executive cadre; but he was among those who knew the business from the antennas up. He was not an award winning cryptanalyst, nor a master engineer; but, he was the best manager of people I ever met. He never let his troops down. He led by example and consequently folks really loved him. ~ Bob Spencer

Dale was a friend to all and treated everyone with dignity and respect. A gentle man in every sense, Dale's quiet self loved golf and, just like his golf game, he always lived life straight and true. We shall all miss his steady hand. ~ Frank Curley

Even through his illness, he came out to see his fellow Hazards. It was especially notable when he came out to this year's golf tournament and kept us company for 9 holes. He was quietly courageous and ever affable. we were honored by his presence. ~ Mort O'Connor

Always welcome in any foursome. A true gentleman in every respect and always even keeled. Great company in the "chew and chat (and sometimes rant)" session before the round and at the 19th hole afterwards. ~ Bob Craft

I can only add my long held opinion that Dale was a quiet giant who did more by actions than words. We will miss him. ~ Wendy White

Although not knowing Dale as long as many of the Hazards, we easily formed a good friendship, especially during our overnight golf trips. Dale was a gentleman, both on and off the course, and he will truly be missed. ~ Chuck Zeman