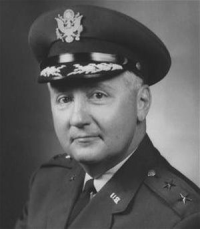 The NCMF established The Major General John E. Morrison Award in Excellence and Innovation as part of its participation with the Maryland History Day Competition. The Morrison Award is for outstanding projects that address topics related to the history of science and technology. The $500.00 donation sponsors two achievement awards – one in the junior division (grades 6 through 8) and one in the senior division (grades 9 through 12).

* Maj Gen John E. Morrison Jr., USAF (Ret) was inducted into the NSA Cryptologic Hall of Honor in 2001. The text below is from his Hall of Honor page.

During a distinguished career spanning 60 years, including 32 years in the military, John E. Morrison has been instrumental in shaping the signals intelligence community.

His accomplishments in these positions were many and varied. While serving on the Air Staff in the Directorate of Telecommunications, he played a key role as one of the founding architects of the Air Force Security Service. Later, he became the principal staff officer to develop the plan to establish the Air Force Communications Service. While Assistant Director of the DCA for Plans and Programs, he directed the implementation of the Defense Autovon and Autodin systems.

Among Morrison's important contributions to U.S. SIGINT Operations was the creation of the National SIGINT Operations Center (NSOC). After the Arab-Israeli War in 1967, the capture of the USS Pueblo in 1968, and the shootdown of a Navy EC-121 reconnaissance aircraft in 1969, Morrison, as ADP, found that it was almost impossible to coordinate an NSA rapid response. This was due principally to the physical separation of the analytical elements involved. In July 1969, Morrison proposed to the Director of NSA (DIRNSA) that a single National SIGINT watch center be established. DIRNSA concurred and charged Morrison with establishing the center. Identifying space and solving staffing and communications issues took longer than anticipated. Despite the obstacles, the center was activated with a formal charter in late 1972.

After retiring from active military duty in 1973, Morrison was appointed Chairman, DCI SIGINT Committee and Director, SIGINT Tasking Office of the Intelligence Community Staff, serving directly under four DCIs and, concurrently, as the Chief D5, Intelligence Community Affairs, NSA, under three NSA Directors. He retired from government service in 1979 and subsequently served on the Military Operations Panel, National Security Agency Advisory Board (NSAAB), then as a member of the Space System Panel.