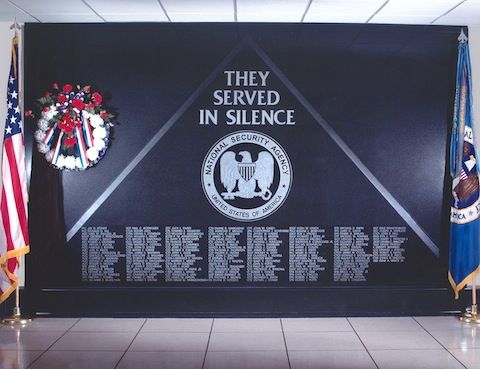 The wall, dedicated in 1996, lists 177 names of Army, Navy, Air Force, Marine, and civilian cryptologists who have made the ultimate sacrifice. The black granite memorial stands eight feet tall by 12 feet wide with the words THEY SERVED IN SILENCE etched into the polished stone at the cap of a triangle. The NSA seal is carved below followed by the names of those cryptologists who have given their lives in service to their country. The names are at the base of the triangle because these cryptologists and their ideals -dedication to mission, dedication to workmate, and dedication to country - form the foundation for cryptologic service. The structure was designed by an NSA employee, and the memorial is housed in the NSA headquarters complex.