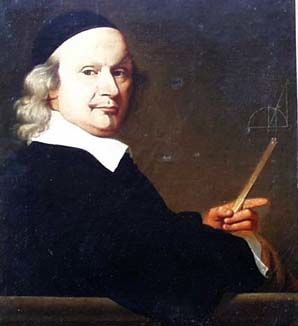 23 November 1616: Birth date of John Wallis, cryptanalyst to the Parliamentary forces in the English Civil War.

Photo and excerpt below are from: http://www-history.mcs.st-and.ac.uk/Biographies/Wallis.html

"Between 1642 and 1644 Wallis was chaplain at Hedingham, Essex and in London. It was during this time that the first of two events which shaped Wallis's future took place:-

... one evening at supper, a letter in cipher was brought in, relating to the capture of Chichester on 27 December 1642, which Wallis in two hours succeeded in deciphering. The feat made his fortune. He became an adept in the cryptologic art, until then almost unknown, and exercised it on behalf of the parliamentary party.