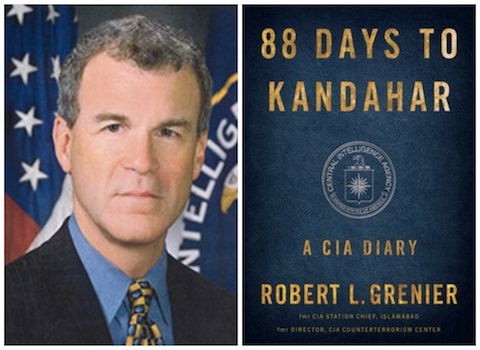 The keynote speaker for the NCMF 2015 Annual Members Meeting & Cryptologic Symposium on 21 October is Mr. Robert Grenier, former director, CIA Counterterrorism Center & author of 88 Days to Kandahar. Below is a brief review of this book. You may also be interested in the NY Times Review by Alissa Rubin or a review by Jonathan Steele for The Guardian.

Grenier, former director of CIA's counterterrorism center and station chief in Islamabad, offers unparalleled insight into the American campaign in Afghanistan with a frank, even-handed assessment of the initial military effort to topple the Taliban. Casting himself as an intrepid defender of his agents, he expounds at length on the strategic concerns, bureaucratic squabbles, and conditions on the ground that shaped the conflict. Pakistan in particular comes out looking better than it does in most accounts. Grenier contends that Pakistani intelligence services were fully and capably committed to the fight against al-Qaeda, and that the rise of extremism in Pakistan since 9/11 has more to do with shortsighted American policy and Indian meddling than with official Pakistani complicity with terrorists. One question never addressed is how bin Laden could have survived for so long within a mile from the Pakistani Military Academy in Abbottabad: Grenier merely says, "Once safely in Pakistan, given even a modicum of support, he could have gone virtually anywhere undetected." Grenier does refer to himself in the third person, but by and large his tone is affable, and his conclusions-many of which run counter to conventional wisdom-are logical and amply demonstrated. Agent: David McCormick, McCormick & Williams. (Feb.) ? Copyright PWxyz, LLC. All rights reserved.

"A Rope and a Prayer: A Kidnapping from Two Sides," by David Rohde 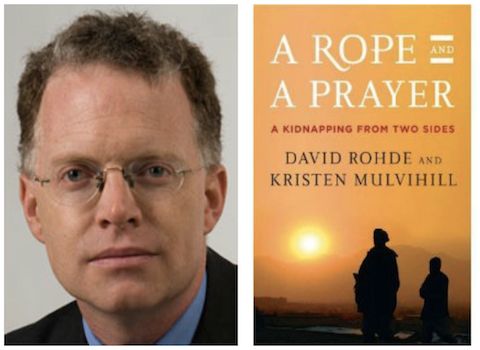 Also joining us as a presenter for the NCMF 2015 Annual Members Meeting & Cryptologic Symposium on 21 October is Mr. David Rohde, Pulitzer Prize-winning New York Times foreign correspondent and author of A Rope and a Prayer, A Kidnapping from Two Sides. Below you will find a brief review of his book. You can also read the NY Times review by Anna Badkhen or a NY Times review by Doug Stanton. You can also listen to an NPR interview of Rohdes.

For a harrowing seven months of captivity, Rohde, a Pulitzer Prize-winning New York Times foreign correspondent on assignment in war-torn Afghanistan, survived after being kidnapped, with two Afghan colleagues, by the Taliban in November 2008, suffering from all of the cruel terrorist maneuvering and hapless government countermoves during the crisis. Rohde wrote a series of articles for the Times about his experiences, but here Rohde alternates chapters with Mulvihill, to whom he had been married for two months at the time of his kidnapping. In suspenseful prose, he recounts his abduction and she describes her efforts, along with those of the Times, to secure his release by writing everyone in government and negotiating with the Taliban. Rohde's escape, with one of his colleagues, received major media coverage. Possibly the most informative segments of the book are the masterly observations of life with the jihadists, the chaotic Pakistani tribal areas and the topsy-turvy war itself. This potent story of love and conflict ends well, but not without making some smart and edgy commentary on terrorism, hostage negotiation, political agendas, and the human heart. Map. (Nov.) (c) Copyright PWxyz, LLC. All rights reserved.