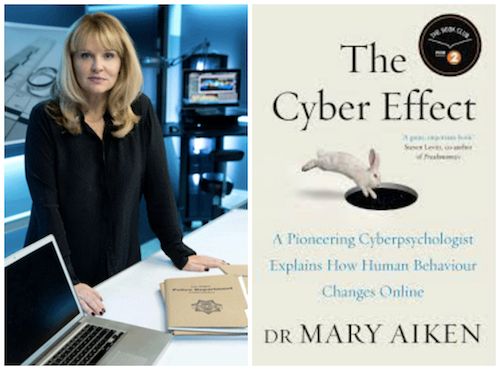 The NCMF is very excited to have Dr. Mary Aiken, a cyberpsychologist specializing in the impact of technology on human behaviour, as our keynote speaker for the October 18, 2017 General Membership Meeting & Annual Symposium. Dr. Aiken has written and spoken extensively on issues relating to the intersection between humankind and technology – or as she describes it “where humans and technology collide.”   (Click HERE to get more info about the October 18th program and register online.)

She is a lecturer in Criminology and Research Fellow at the School of Law, Middlesex University (UK), a Fellow of the Society for Chartered IT Professionals, a former Fellow at the IBM Network Science Research Centre, and has served as a Distinguished Professor of the Practice of Cyber Analytics at AIRS. She is a member of The Hague Justice Portal advisory board - a foundation for international peace justice and security, and a member of the INTERPOL Specialists Group.

In 2016, Dr. Mary Aiken was named as one of the top 50 most inspiring women in technology in Europe, in 2017 she was inducted into the Infosecurity Europe Hall of Fame, in recognition of her contribution to the information and cybersecurity sector. Dr. Aiken is a Strategic Advisor to the Paladin Capital Group.

Dr. Mary Aiken's work as a forensic cyberpsychologist inspired the CBS primetime television series CSI:Cyber, and she was a producer on the show.

Her recent book, The Cyber Effect has been widely reviewed and was selected by the NY Times as a 2016 ‘book of the year’ in the Thought category, and was listed in the 2016 top twenty science books by Nature the International Journal of Science.

Want to learn more about Dr. Aiken? Click HERE to read an article about her via The British Psychological Society.