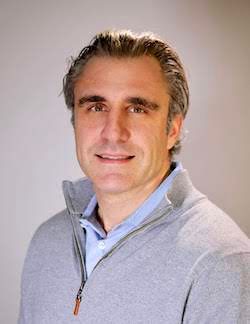 Guy Filippelli is Managing Partner of Squadra Ventures, an early-stage venture capital firm. He was previously co-founder and CEO of RedOwl Analytics and Berico Technologies, and a founding partner of Oxpoint Holdings. He began his career as a US Army intelligence officer, serving in Korea, Italy, Germany, and Afghanistan, and at NSA. In 2007, Guy received the National Intelligence Medallion, the nation’s highest award for civilian personnel, for his efforts in Iraq to bring real-time targeting capabilities to our tactical forces.

Guy was born in Cleveland, Ohio, holds a B.S. in Economics from the United States Military Academy (USMA) at West Point, and received his B.A. and M.A. in Philosophy, Politics, and Economics from Oxford University, where he studied as a Marshall Scholar. He is Chairman of the Commit Foundation, a non-profit focused on veteran transition, and serves on the board of the National Cryptologic Foundation.