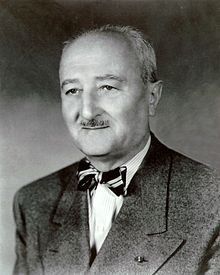 1 July 1921: William Friedman joined the War Department when the Army's Chief Signal Officer offered Friedman a trial six-month government contract as a civilian cryptographer. This began William Friedman's 34-year career as an Army employee. By the end of 1921 he was named the Cryptanalyst of the Signal Service, accepting a salary of $4,500 per year. His duties ranged from teaching a course on military codes and ciphers, to writing the Army's first training manual on the topic, called "Elements of Cryptanalysis." Friedman published numerous other works throughout the 1920s.

(Excerpt from William Friedman's Cryptologic Hall of Honor Page via the NSA site): After receiving a B.S. and doing some graduate work in genetics at Cornell University, William Friedman was hired by Riverbank Laboratories, what would today be termed a "think tank," outside Chicago. There he became interested in the study of codes and ciphers, thanks to his concurrent interest in Elizebeth Smith, who was doing cryptanalytic research at Riverbank. Friedman left Riverbank to become a cryptologic officer during World War I, the beginning of a distinguished career in government service.