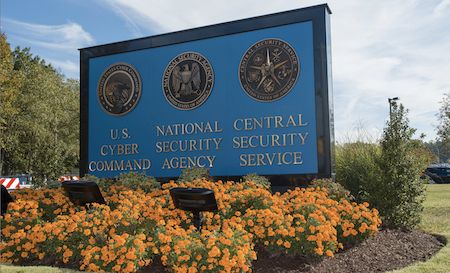 21 May 2010: Initial operational capability for the U.S. Cyber Command was established at Ft. Meade with DIRNSA dual-hatted as its commander. General Alexander was promoted to four-star rank, becoming one of 38 US Generals, and took charge of U.S. Cyber Command in a ceremony at Fort Meade that was attended by Commander of U.S. Central Command GEN David Petraeus, and Secretary of Defense Robert M. Gates. USCYBERCOM reached full operational capability on 31 October 2010.

The command assumed responsibility for several existing organizations. The Joint Task Force for Global Network Operations (JTF-GNO) and the Joint Functional Component Command for Network Warfare (JFCC-NW) were absorbed by the command. The Defense Information Systems Agency, where JTF-GNO operated, provides technical assistance for network and information assurance to USCYBERCOM, and is moving its headquarters to Ft. Meade.