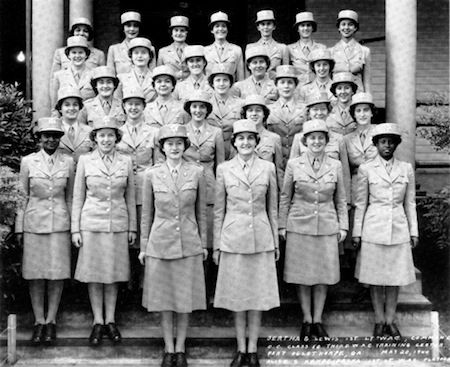 In May 1941, Congresswoman Edith Nourse Rogers of Massachusetts introduced a bill to create the Women's Army Auxiliary Corps (WAAC). Spurred on by the attack on Pearl Harbor, Congress passed the bill on May 14, 1942. President Franklin D. Roosevelt signed the bill into law on May 15, and on May 16 Oveta Culp Hobby was sworn in as the first Director of the WAAC.

The WAAC, officially established “for the purpose of making available to the national defense the knowledge, skill, and special training of women of the nation,” would provide women to fill support roles and free up more men for combat duty.

The WAC was disbanded in 1978, and all units were integrated with male units.

Learn more in the NSA article, "Sharing the Burden: Women in Cryptology during WWII," via the link below.