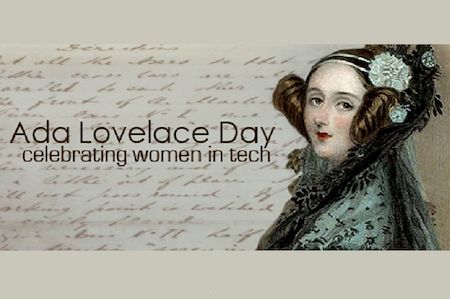 Ada Lovelace Day (ALD) is an international celebration of the achievements of women in science, technology, engineering and maths (STEM). It aims to increase the profile of women in STEM and, in doing so, create new role models who will encourage more girls into STEM careers and support women already working in STEM.

Founded in 2009 by Suw Charman-Anderson, it is now held every year on the second Tuesday of October. It usually features the flagship Ada Lovelace Day Live! ‘science cabaret’ in London, UK, at which women in STEM give short talks about their work or research in an informal, theatre-like setting.

Learn more about Ada Lovelace, the world's first computer programmer via the link below.