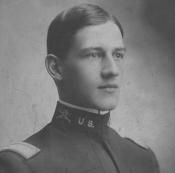 Col. Hitt's work, "The Manual for the Solution of Military Ciphers," published in 1916, was the first work of its kind in the United States in 100 years and laid the foundation for the nation's impressive cryptologic achievements during the 20th century. At a time when the nation had no formal cryptologic service, Col. Parker Hitt's innovative work documented concepts and principles that would be used to protect U.S. military communications for decades. His work also directly influenced William and Elizebeth Friedman, who referred to him as the "father of modern American cryptology."