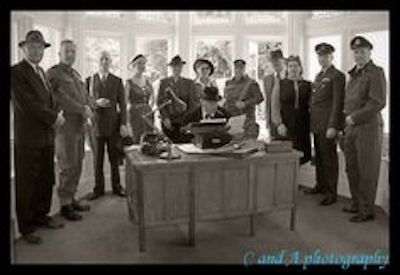 Churchill had learned of worsening morale problems at Bletchley Park and his visit in September 1941 helped to boost the morale of "Station X" personnel. During his visit, he reportedly asked about recreational facilities for staff and was told there were none. He is said to have ordered that a site planned to extend parking be instead made into tennis courts. And so it was! These tennis courts remain on site today and are believed to be the only tennis courts in the UK built by Prime Ministerial decree.